By clicking or navigating the site, you agree to allow us to use cookies to help personalize your experience.

Home / About The Peak Directions 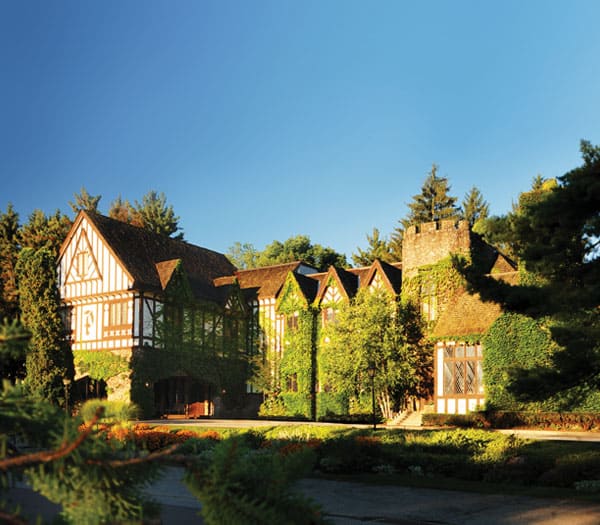 The story of Peek’n Peak begins in 1963, when Phil Gravink shared his dream of bringing skiing to the southwest corner of New York state. On paper, it seemed like the perfect plan – the area lies in the snowbelt just above the Lake Erie ridge, where warm, moist air is carried from the lake to meet the cooler inland air. That natural mixture of hot and cold brings more than 200” of snow to the mountains each winter season.

Gravink, who skied in college at Cornell, discussed his plan with George Boozel, who owned some land on Pekin Hill. Myrl Babcock, Jim Caflisch and Jack Dean pooled their money and landed some investors to create Western Chautauqua Recreation, Inc.

The partners acquired 400 acres of property in 1964 and 1965, and started to think of names for the new place. Since the ski slopes are located on what was known as Pekin Hill – the homestead of the Pekin family – the name Peek’n Peak was chosen.

Otto Schneibs came from Lake Placid to design the trail layouts, knowing the 400’ vertical drop would provide enjoyment for many future generations.

An Old English theme was adopted, naming Robin Hood’s Retreat, Long Bow, Will Scarlet’s Secret, Friar Tuck’s Trek, and Little John’s Jaunt as the first slopes and trails. Olde Road was moved to accommodate the ski areas, and the offices and ticket sales were housed in an old school bus. With the property in place and the name chosen, and with hopes of attracting not only area skiers, but skiers from Ohio and Pennsylvania as well, Peek’n Peak opened in the winter of 1964-65 as a ski resort. It featured two ski lifts (a J-Bar and a T-Bar), six slopes and trails, and lift tickets were just $4.50 on weekends, $3 for the beginner area, and a $0.50 discount for weekday tickets. Because there were no lights on the slopes, the lifts operated only during the day. The main lodge was soon built, but was less than half the size of the ski lodge today.

Scott Enterprises is a third generation family hospitality company, owned by the Scott family of Erie, PA. The company operates properties throughout the region, including hotels, restaurants, the Ambassador Banquet and Conference Center, and Splash Lagoon Indoor Water Park Resort.

The Scott family continues to invest in the buildings, grounds and history of Peek’n Peak with a legacy of expansion and improvements, while keeping with the integrity of the resort and the olde world charm visitors have come to know and love.